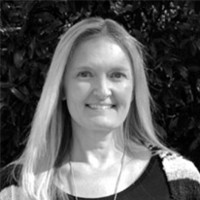 “MMR Research Associates greatly appreciate your team of developers who have worked hard to accommodate all our changes and requests. It made our review process easier. Thank you!”

The case study is about a marketing research firm that was looking for the right solution to automate their 360 degree feedback process.

MMR Research Associates was using the ADP Payroll and Employee Database system. They wanted a 360 degree feedback solution that could be easily integrated with ADP. Our client got to know about Empxtrack and its offerings from the ADP team.

MMR Research Associates, Inc. was launched in 1999 as a small, boutique service provider. Soon after, the company evolved into an agile, full-service marketing research company serving hundreds of global companies. The company is led by a team of talented, highly experienced and educated marketing research professionals.

Currently, our client is catering to the needs of various industries, including retail, financial services, healthcare, media and communication, restaurants, consumer goods and many more.

The client was manually conducting 360 reviews for their employees. As a result, the multi-rater feedback process was turning out to be tedious, inaccurate with a long turnaround time. Moreover, the delayed feedback from respondents limited employees from identifying their strengths, weaknesses and areas of improvement in a timely manner.

Hence, the company needed an affordable yet fully automated 360 degree feedback software. An online solution that would speed up the feedback process and increase its transparency and objectivity.

Initially, the client didn’t have a proper mechanism to conduct a 360 degree feedback process. It was being conducted manually by using excel sheets. Besides being a cumbersome process, there were multiple challenges faced in manual 360 review.

HR used to share excel sheets with the reviewees and reviewers asking for their feedback. Each one of them filled their responses in the sheet and submitted it to the HR manager.

Not only did the HR face delay in receiving feedback, but also had to spend a lot of time on regular follow ups with the reviewers. As a result, the whole process of conducting 360 reviews turned out to be lengthy, tiring and inefficient.

Besides the above challenges, few more issues faced by the client were:

Hence, the company wanted to soon implement an online 360 degree feedback to overcome all the above mentioned challenges. In fact, they wanted to introduce a holistic process to identify employee development needs and performance gaps.

The search for the right solution began on ADP Marketplace. The MMR Research team was already using an employee database and payroll from ADP.

The experts from the ADP team recommended Empxtrack 360 feedback software to the client. Empxtrack was already serving many U.S. based companies with its Performance Management solution.

Soon the company connected with Empxtrack and discussed their challenges in detail. They wanted an affordable, easy-to-use 360 degree feedback software that didn’t require much training.

Automatic reminders could be sent to employees or reviewers for completing feedback in a timely manner.

A few promising features provided in Empxtrack 360 feedback solution were:

Comparative scores for all attributes

Feedback dashboard for a reviewee

The client gave a very positive response post implementation of Empxtrack 360 degree feedback software. Managers, reviewers and HR could easily use the system without any training which helped the company in many ways:

Check out more Benefits of using Empxtrack. Sign up for a Free Trial now. 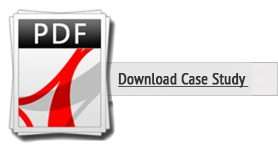 Disclaimer: Maintaining security of our client data is our prime responsibility. The images shown in this case study contain dummy data.