Make sure your rewards motivate your employees! - Empxtrack

Make sure your rewards motivate your employees! 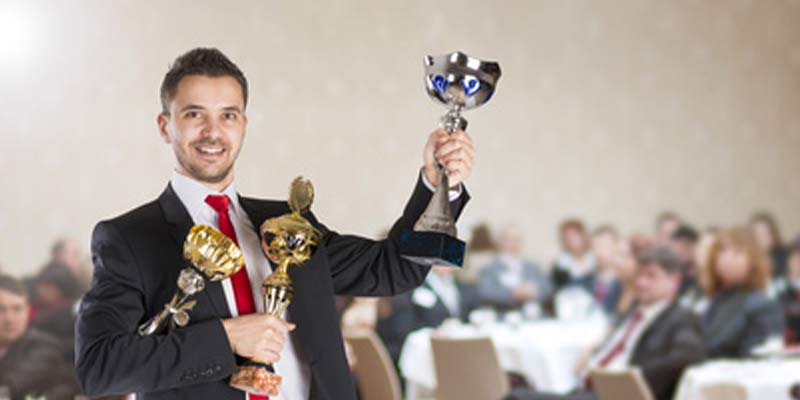 During one of my conversations with the CEO of a start-up, the discussion turned towards Compensation Planning to motivate employees, especially the talented ones. We agreed that the most talented ones need continuous motivation to maintain their momentum. During the discussion, the CEO narrated a bad experience concerning a talented employee, whom he admired, wanted to reward, motivate and compensate appropriately.

Tom, a very talented and diligent employee worked with John, the CEO of the company.. Happy with Tom’s work, John rewarded him with a significant cash award of US $ 1000to motivate him to perform better. John was also making career progression plans for Tom. Both Tom and John seemed happy and thought that they did a good job.Contrary to John’s belief, Tom submitted his resignation in a much shorter span. In his exit interview, Tom did not state any specific reason for his resignation (although, it was found later that he left for a better compensation package). His resignation came as a shock to John, who was genuinely interested in retaining good employees and did everything he could to ensure it. John was left wondering if there was anything he could have done differently.As I did not know much about the employee, it was inappropriate for me to say anything then. But the question remained in the back of my mind. I believed that the early resignation was due to improper compensation planning and rewards.

In a research paper on ‘Individual Differences in Reward Practices‘, Rick Garlick, Ph.D., Director of Consulting and Strategic Implementation, Maritz Research, outlined what motivates different employees. The paper categorizes employees based on their reward or compensation aspirations. Here is an abstract of the research.“While everyone understands intuitively that we are not all motivated equally by the same rewards, you might not know it the way many companies manage their incentive programs. Many times, HR managers assume that what is rewarding to them will be rewarding to others as well, which is generally a false assumption.”

As Maritz Inc. was interested in understanding how the workforce is segmented on its reward preferences, it conducted an online Maritz® Poll of 1,003 North Americans. The participants’ recognition preferences analysis identified six distinct reward profiles, along with some of the more common characteristics of people that were most likely to fall within each ‘reward’ segment.

Awards seekers (22% of the general population): Awards seekers want incentives that have both monetary and trophy value. These individuals are highly motivated by gift cards and travel awards. They also place higher value than most others on status awards. They are far less motivated by things that might take time away from their normal routines such as opportunity to mentor other employees, opportunity to work with people outside their own area, or opportunity to take on particularly challenging new projects.

Nesters (20%): This group was defined by what they found de-motivating as much as anything else. Nesters were turned off by incentives that took them away from home. Travel awards and the opportunity to attend conferences were least appealing to this group. They were far more likely to enjoy days off, flexible scheduling, and the reward of a meal with their family than those in the other segments.

Bottom liners (19%): In many ways, bottom liners resemble awards seekers in that they are extrinsically motivated. The difference between the two is that bottom liners have less concern about trophy or award value and are really only concerned about the monetary value of rewards. This group places the highest importance on receiving a cash bonus. They also value awards, such as ‘point programs’ that they can accumulate. They place very little emphasis on receiving direct praise or recognition in any form. This group had the highest proportion of females (59%).

Freedom yearners (17%): Freedom yearners are less materially motivated, with limited interest in things like gift cards and cumulative award programs. They are best rewarded by giving them flexibility which includes offering flexible hours, the freedom to choose how to best achieve their goals, and the ability to choose interesting and challenging projects. Freedom yearners are intrinsically motivated and work best when simply left alone. Define the outcomes you want them to achieve, but allow them to find their own path to accomplishing those goals.

Praise cravers (16%): These individuals value any type of praise verbal, written, formal or informally given by peers more than any other segment. These people have a higher desire to have their work acknowledged, with or without an accompanying award of monetary value. They also have the least interest in taking days off or flexible scheduling, suggesting that they achieve a great deal of personal significance from a job well done at work that is recognized accordingly.

Upward movers (8%): Upward movers are undoubtedly the most satisfied and committed among all of the employee segments. They are the least interested in cash bonuses, days off and flexible scheduling. Thy love their jobs and want to move up within their companies. Among all of the segments, this group places the highest importance on status awards, the opportunity to mentor other employees, and to work with people outside their own areas.

The research demonstrated that rewards and recognition that mean nothing to the employee is the same as offering nothing at all. Since companies make a significant investment in recognition programs, it is only prudent to gain as complete understanding of their employee populations as possible to facilitate the best results for their investments. Segmenting employees based on reward / recognition profiling and targeting to specific preferences is a way to make sure that their time, money and effort is wisely spent.

Defining appropriate employee compensation is one of the most important tasks of an HR manager and the management team because it plays a critical role in retaining talented employees. On the basis of Maritz Inc.’s research that I discussed in part 1 of the blog series and other observations, the following points are important while planning employee compensation:

Do you think you need a compensation planning tool?