The Ray of Hope in Recession for Human Resources - Empxtrack

The Ray of Hope in Recession for Human Resources

While reading an article in Jon’s Carnival of HR,”Carnevale delle Risorse Umane: 18 February 2009” I realized how seriously the HR domain has been affected by recession. 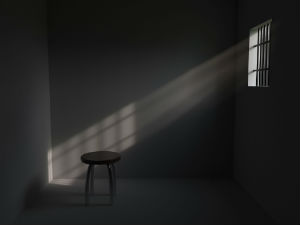 After all, it is the HR department that is tasked with the thankless job of laying off people, because businesses can no longer afford to pay them. Employees that are suddenly laid off blame HR, even though most HR managers will not be at fault. The same HR department that used to be very much in demand during a flourishing economy is now suddenly considered to be the bad guy making plans and strategies to lay off people. Additionally , HR has also been ordered to trim salary packages, incentives and benefits, making life tougher for those who are fortunate enough to remain employed.

Although the current atmosphere cannot be helped, I feel that the recession will not last long and we will all emerge better from it. Here are the thoughts I use to remain positive during this time:

The sudden recession has given an opportunity to those with innovative ideas (as nobody considered these ideas when the economy flourished) to emerge out of their shell. Not only is there a shift in economic centers, there is a shift in the power of various thought schools. Those who championed unrestrained freedom have stumbled and those calling for a controlled and consistent growth are emerging as the new drivers of change.

If you think recession is a big accident, think about the damage done by the two world wars, epidemics, the great depression, and so on. You will find that the recession is merely a small hurdle in the economic wheel. There are companies that are still hiring. Ask recruiters, they are still unable to meet their goals. Hence, in a year or two this too shall pass.

The major difference between different human eras has been technology. When the wheel was invented, long distances became short. Invention of steam engine and ships shortened the distance between continents. With each technological advance human society could meet specific challenges that they faced. In the HR Domain, technology is developing at a pace like never before. And leaders know that new performance improvement tools can make a big difference in meeting new challenges.

So there is really no reason to waste. It’s time to stand up, shake off lethargy and start reaching for our goals once again. .

Look forward to learning your thoughts on some of the ways HR can survive this recession.