Should 360 feedback be used for for appraisals? - Empxtrack

Should 360 Degree feedback be used for development purposes or for performance appraisals?

360 Degree Feedback is widely used in companies these days. Some companies use it only for the development purpose of employees while others link it with performance appraisals. As performance appraisals measure the productivity of employees in a company and is used for salary increase and promotions of the employees, there is a huge disagreement on how 360 degree feedback should be used. 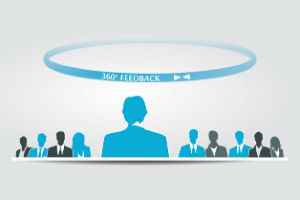 The nature of 360 degree feedback is to collect the anonymous feedback ratings for employees from all the people, the employees work with. The feedback can be given to an employee by the employee’s managers, direct reportees, and colleagues. The intention behind the 360 feedback is to provide an opportunity to employees to see themselves as others see them. The rationale behind this intention is that people become more productive when they get a fair baseline data about their current performance against some standard.

Conduct 360 feedback at
no cost

Conduct appraisals at
no cost

When feedback is used for development purpose, goal settings and for the growth of the organization, it can create an atmosphere of trust and can be taken by individuals positively. The 360 feedback in such a scenario can motivate employees to work towards the improvement of their individual performance. On the contrary, if the feedback is associated with the performance appraisal of individuals, they can integrate it with their self image, become defensive, and become reluctant to change. This defeats the purpose of 360 feedback, which aims at the improvement of weaknesses in individuals and leverage their strengths.

As a thumb rule, integrate 360 feedback with appraisal process, if you are well experienced with 360 degree process.

360 degree feedback can be a powerful tool to improve the performance, behavior, and atmosphere of your company. But it doesn’t always go the way you’ve planned it. If you have implemented a 360 degree feedback with lack of understanding then it can be disastrous and you may never consider to use it again.

If you are planning to use 360 degree feedback in your company then consider using the one that has a good design, is carefully planned, and is fully customizable to suit the needs of your organization.

Empxtrack 360 Feedback is a carefully planned tool that can be used as a separate tool as well as an integrated tool that is linked to the appraisal process. You can use Empxtrack 360 Degree feedback separately, if you want to use it for the development purpose of the employees of your organization. You can also use it as a part of the appraisal process, if required.

Use Empxtrack 360 Feedback for Free